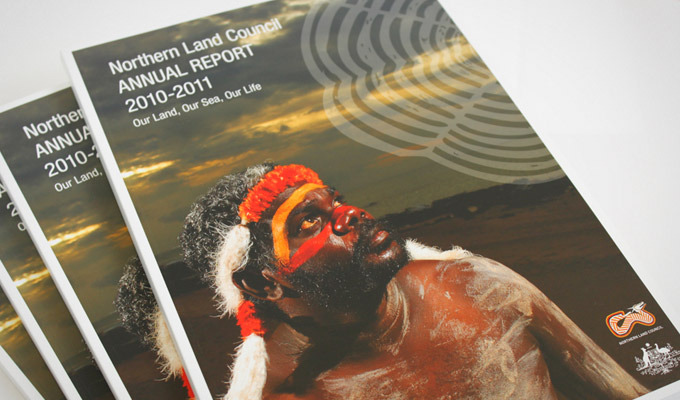 Northern Land Council approached Sauce Design to redesign their annual report, changing the format for the 2010-2011 AR to a larger scale, A4 book. The emphasis was on the easily disseminated information, and the use of a library of beautiful high resolution images that showcase the NLC regions. Graphs and tables are presented in a visually pleasing way. A cost saving measure was taken in that the ‘nitty gritty’ data in the reporting section of the AR was printed in black and white.

The NLC achieved a Gold Award (their third consecutive) at the Australasian Reporting Awards (ARA) for the 2010-2011 Annual Report.