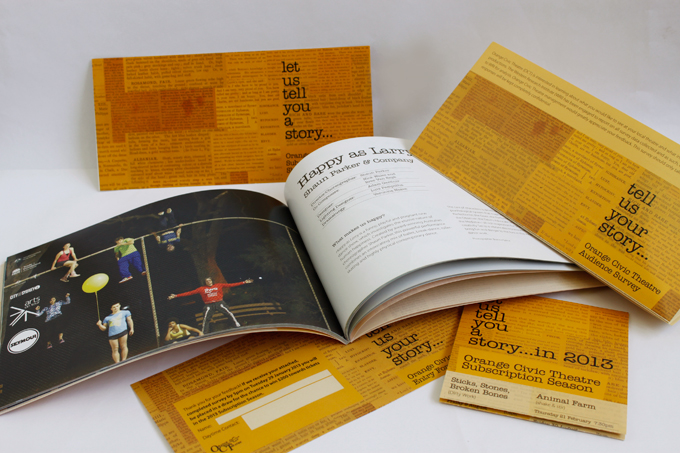 The theme for the 2013 Subscription Season revolved around storytelling – ‘let us tell you a story’ became the tagline. Our design uses snippets from texts of varying content, drama, comedy, poetry, as well as a few stage directions and costuming instructions. Clippings were layered into a wallpaper with texture and depth, echoing the rich diversity of shows presented at Orange Civic Theatre. The vibrant yellow created excitement.

An invitation, audience survey, calendar, book and ticket wallets made up the print material. Banner stands were also produced for the foyer of the theatre, along with projections displayed on the launch night. Advertising for local newspaper and magazines, online branding [including a web version of the Season book], ticketing and other collateral were all a part of the scope of this project.